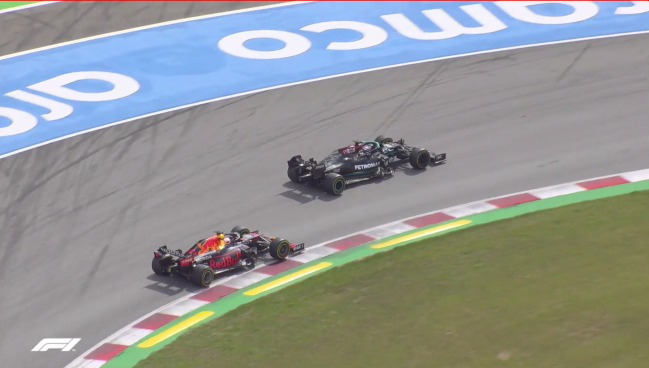 Wes missed out on only 1 scoring row to top the pack; John Lo and John Cavelti were close behind on the day, while Danielle maintains second place overall between them after the fourth round of our game. 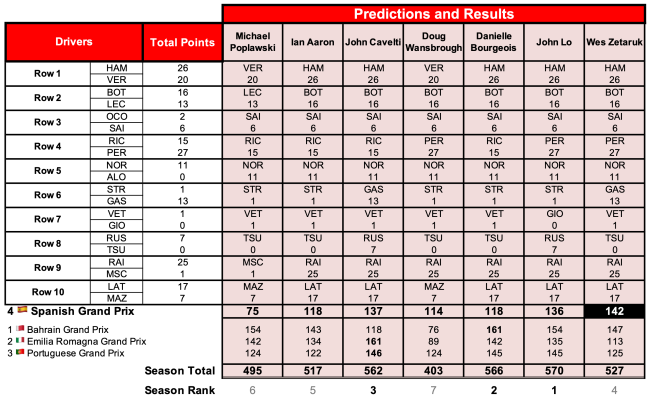 This entry was posted on Sunday, May 9th, 2021 at 14:45 and is filed under Formula 1. You can follow any responses to this entry through the RSS 2.0 feed. Both comments and pings are currently closed.