Red Bull took their third consecutive win of the season at a cracking French Grand Prix courtesy of Max Verstappen, who passed Lewis Hamilton with two laps to go to claim the thirteenth victory of his career, Hamilton finishing second as the second Red Bull of Sergio Perez completed the podium.

John Lo’s top score helped him pad his lead over Danielle, while John Cavelti was second-best on the day, solidifying his hold of the third prize spot after the 7th round of our game. John Lo earned best marks in 6 of the 9 scoring rows in what was an eventful French Grand Prix. 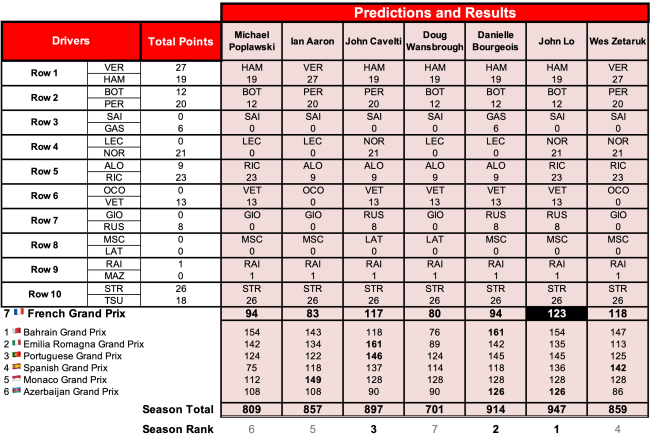 This entry was posted on Sunday, June 20th, 2021 at 14:45 and is filed under Formula 1. You can follow any responses to this entry through the RSS 2.0 feed. Both comments and pings are currently closed.