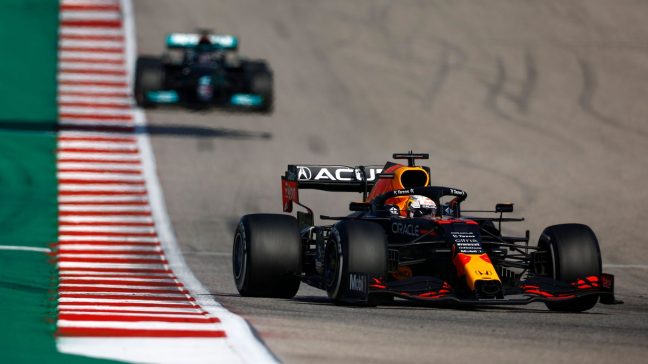 Max Verstappen held off Lewis Hamilton by just 1.3s in a titanic title fight at Texas, the two championship protagonists giving it their all under the scorching sun at the Circuit of The Americas. The Red Bull driver explained just how he kept his cool after losing the lead on the opening lap, before retaking it to win the United States Grand Prix for the first time.

John Lo extended his season lead largely thanks to picking George Russell over Fernando Alonso. Danielle continues to hold down second place, while Ian has moved to within four points of third-place John Cavelti. 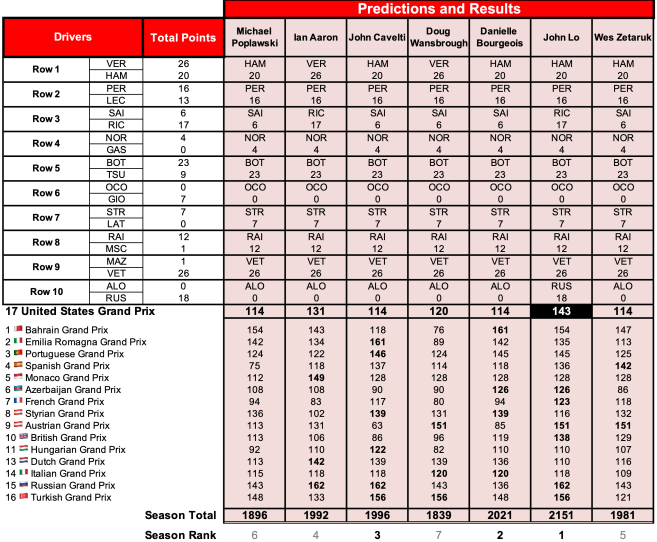 This entry was posted on Monday, October 25th, 2021 at 09:26 and is filed under Formula 1. You can follow any responses to this entry through the RSS 2.0 feed. Both comments and pings are currently closed.