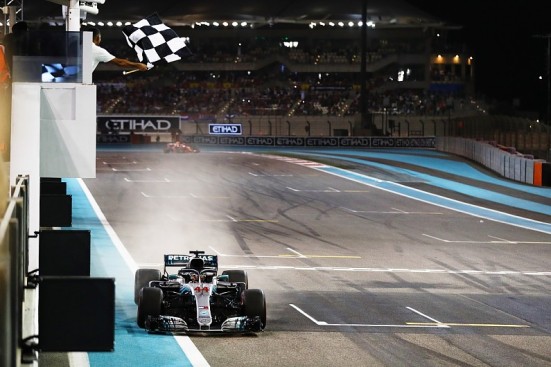 Ian and John finished the season strong in our last race, choosing the better-scoring driver in eight of the nine scoring rows. Ian and John secure second and third place in our game behind Michael, whose lead was large enough to absorb a poor Abu Dhabi score. Congratulations to our podium!

I hope all players enjoyed this Prediction Challenge! and the chance to match wits with other Formula 1 fans! Thank you for playing! ~ Michael

This entry was posted on Sunday, November 25th, 2018 at 21:34 and is filed under Formula 1. You can follow any responses to this entry through the RSS 2.0 feed. Both comments and pings are currently closed.