Juventus, Liverpool, Barcelona and City Pull into Quarterfinals, Round of 16 Results 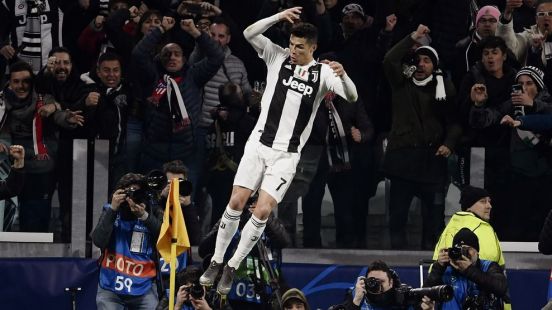 Wes maintains his lead after the second round of five in our game.  Doug had the top score for the round as he, along with Casey, had six of the advancing teams correct, while Wes was only a point behind, earning the bonus for aggregate scores correct with Joel.

For download: UEFA Champions League Prediction Challenge! 2018-19 Round of 16.pdf

This entry was posted on Thursday, March 14th, 2019 at 23:28 and is filed under UEFA Champions League. You can follow any responses to this entry through the RSS 2.0 feed. Both comments and pings are currently closed.