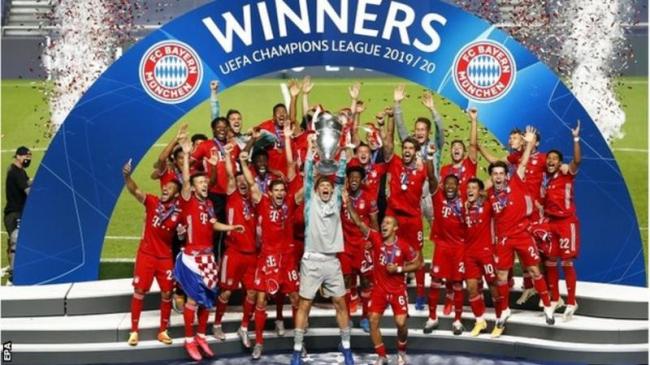 Bayern Munich overcame Paris St-Germain in a tightly contested Champions League final in Lisbon to claim the crown for the sixth time. Bayern are the first team to win every game en route to winning the European Cup or Champions League (11 wins)

Wes had the best prediction for the Final, where all players expected a high number of goals, sealing his victory for our game overall. John Woycheshin and Michael also predicted Bayern Munich to win and held on to second and third place, respectively.

I hope all players enjoyed this UEFA Champions League Prediction Challenge! and the chance to match wits with other football fans! Thank you for playing! ~ Michael

This entry was posted on Sunday, August 23rd, 2020 at 23:16 and is filed under UEFA Champions League. You can follow any responses to this entry through the RSS 2.0 feed. Both comments and pings are currently closed.