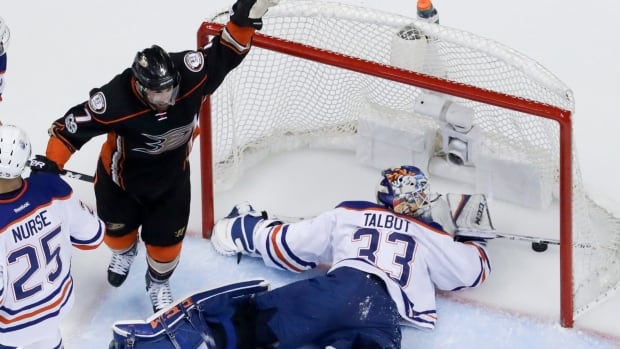 The Anaheim Ducks defeated the Edmonton Oilers 2-1 in Game 7 of the second round on Wednesday, advancing to the Western Conference final. Anaheim will play the Nashville Predators in the next round.

Doug led the way this round with all four winners correct; Chris earned the other bonus by having three series scores correct.

This entry was posted on Wednesday, May 10th, 2017 at 22:58 and is filed under Stanley Cup Playoffs. You can follow any responses to this entry through the RSS 2.0 feed. Both comments and pings are currently closed.