Heartbreak for Senators, Penguins prevail in 2OT and will meet Predators 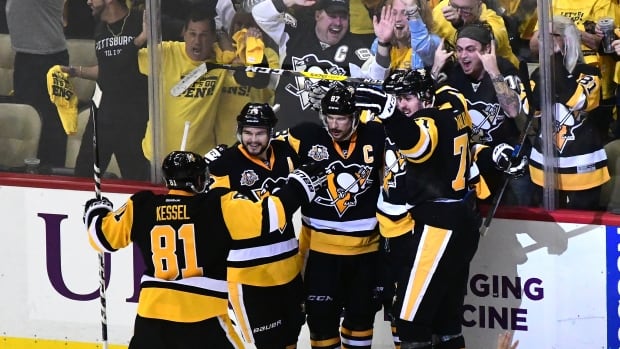 Pittsburgh’s Chris Kunitz scored in the second overtime period, bringing the Ottawa Senators’ storybook spring to an end after a 3-2 loss to the Penguins Thursday in Game 7 of the Eastern Conference final.

This entry was posted on Thursday, May 25th, 2017 at 21:43 and is filed under Stanley Cup Playoffs. You can follow any responses to this entry through the RSS 2.0 feed. Both comments and pings are currently closed.