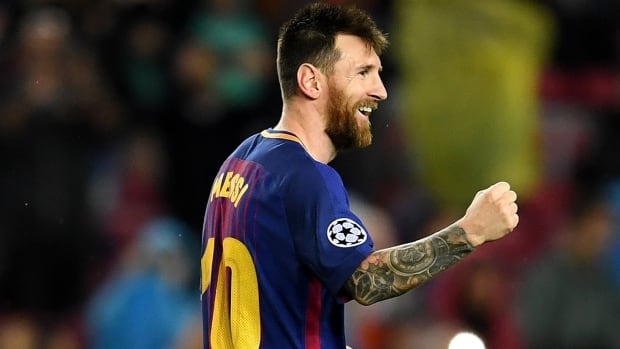 Lionel Messi scored his 100th goal in European competition in Barcelona’s 3-1 win, Paris Saint-Germain continued its hot streak in the Champions League and Atletico Madrid could be in trouble after a draw in Azerbaijan.

This entry was posted on Thursday, October 19th, 2017 at 00:10 and is filed under UEFA Champions League. You can follow any responses to this entry through the RSS 2.0 feed. Both comments and pings are currently closed.