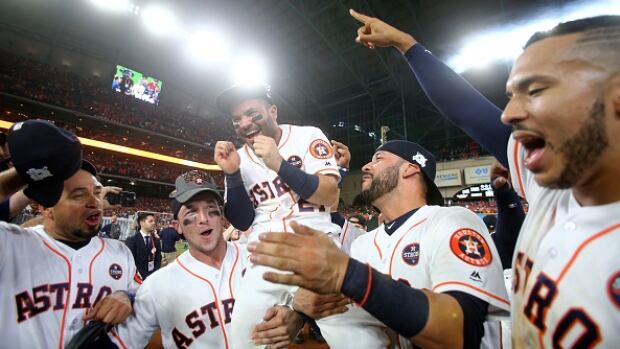 Jose Altuve, centre, helped lead the Houston Astros to their second World Series with a 4-0 win over the New York Yankees in Game 7 of the ALCS Saturday. (Elsa/Getty Images)

Wes and John Woycheshin will enter the World Series dead even after their near-perfect performances in the League Championship Series round. Wes and John earned nearly all points available, including the bonus points for having both series correct (along with Ed) and for having one series correctly predicted each.

This entry was posted on Saturday, October 21st, 2017 at 21:51 and is filed under MLB Postseason. You can follow any responses to this entry through the RSS 2.0 feed. Both comments and pings are currently closed.