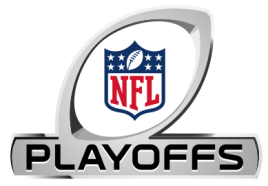 The NFL’s regular season is over which means one thing: 10 teams will be vying for NFL championship glory in Super Bowl LII.

The Prediction Challenge! is easy to play: just pick the game winners and the margins of victory each weekend (no more than four games to predict at once) during the playoffs. Each of the four rounds counts equally towards a player’s final score!

The Entry Form requires players to begin by selecting the teams that will win each game, and the margin of victory.

Like other Prediction Challenges, points will be awarded based on whether the winning team has been correctly predicted, and the predicted margin of victory will also be scored as well. (For the latter case, if one team is predicted to win by 3 points, the other team wins by six, that prediction is incorrect by nine points.)

Bonus points will be awarded based on how many winning teams are correct, as well as how many scores are predicted correctly to within three points.

There is no limit to the number of players who may enter.

This entry was posted on Tuesday, January 2nd, 2018 at 12:10 and is filed under Announcements. You can follow any responses to this entry through the RSS 2.0 feed. Both comments and pings are currently closed.