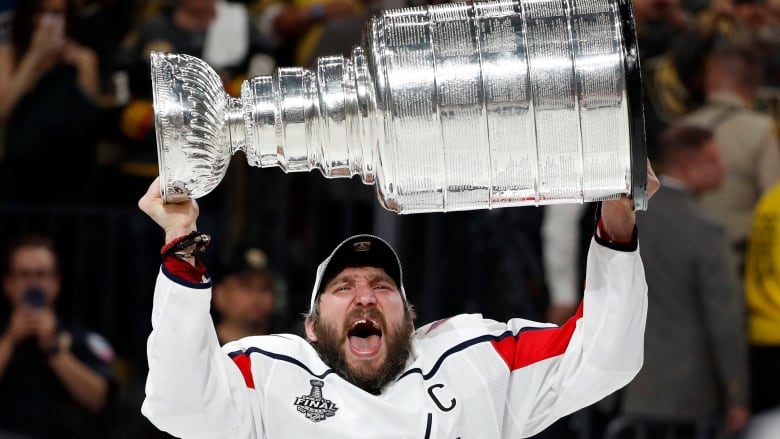 Alex Ovechkin hoists the Stanley Cup after his Washington Capitals defeated the Vegas Golden Knights 4-3 in Game 5 of the Final on Thursday. (John Locher/Associated Press)

This entry was posted on Thursday, June 7th, 2018 at 23:33 and is filed under Stanley Cup Playoffs. You can follow any responses to this entry through the RSS 2.0 feed. Both comments and pings are currently closed.