Harry Maguire of England scored a goal as part of his side’s 2-0 victory over Sweden in the FIFA World Cup quarter-finals in Samara, Russia on Saturday. (Clive Rose/Getty Images) 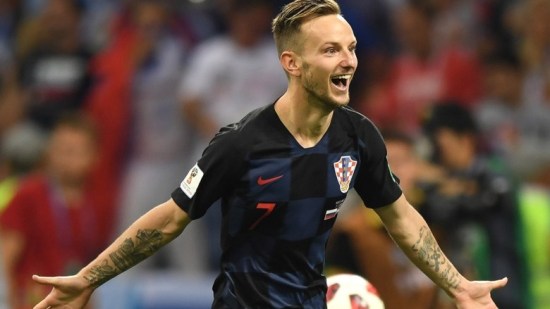 Michael was our top player in this third round of five in our game, being one of seven players to have all four advancing teams correct and being the lone player to have as many as two match scores correct. John continues to lead the way, while Clint has moved up into a prize spot, replacing Angie and Hailley.

This entry was posted on Saturday, July 7th, 2018 at 18:21 and is filed under FIFA World Cup. You can follow any responses to this entry through the RSS 2.0 feed. Both comments and pings are currently closed.