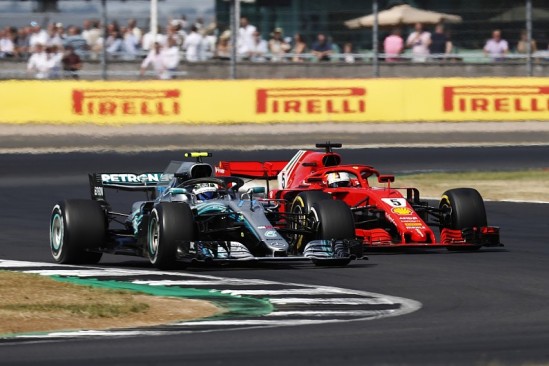 Sebastian Vettel passed Valtteri Bottas late on to win a thrilling British Grand Prix in which Lewis Hamilton charged back to second after being spun around on the opening lap.

Evan was the top player in this round (scoring best points in seven of the nine scoring grid rows), and John Cavelti’s score has brought them into second and third place in our overall standings.

This entry was posted on Sunday, July 8th, 2018 at 12:48 and is filed under Formula 1. You can follow any responses to this entry through the RSS 2.0 feed. Both comments and pings are currently closed.