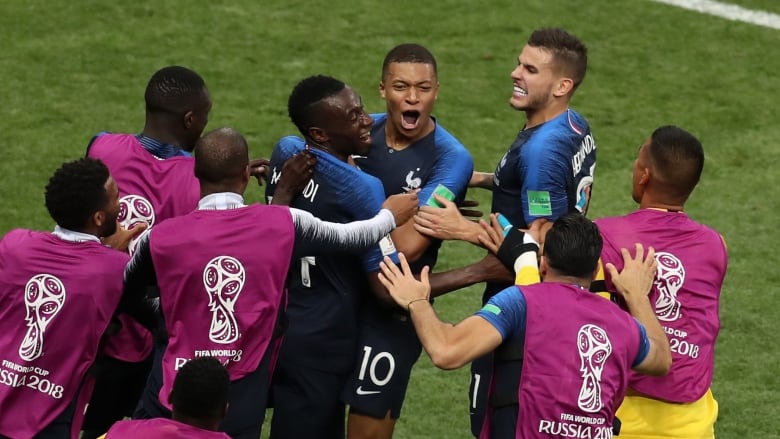 Kylian Mbappé (10) of France celebrates with teammates after scoring his team’s fourth goal during the 2018 FIFA World Cup final against Croatia at Luzhniki Stadium on Sunday in Moscow. (Catherine Ivill/Getty Images)

Congratulations to Wes upon winning his first World Cup Prediction Challenge! Like Wes, John Woycheshin held his position near the top of our table with Sunday’s result, while Pedro and Angie moved up into the prize spots with their prediction of a higher-scoring French win. Joel rounds out our prize podium in fifth place, edged out on a tie-breaker with Angie.

I hope all players enjoyed this World Cup Prediction Challenge! and the chance to match wits with other football fans. ~ Michael

This entry was posted on Sunday, July 15th, 2018 at 13:21 and is filed under FIFA World Cup. You can follow any responses to this entry through the RSS 2.0 feed. Both comments and pings are currently closed.