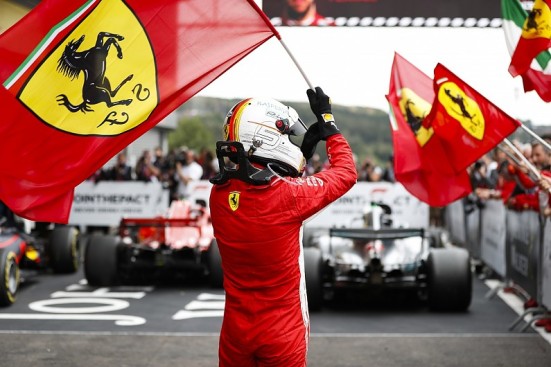 Sebastian Vettel claimed a dominant victory in the Belgian Grand Prix as a dramatic first-corner crash provided the major talking point on Formula 1’s return from its summer break.

Petr was our top player in a tightly-contested Belgian Grand Prix where only seven points separated the top five players in our game. John Cavelti retakes the lead in our game ahead of Evan and Michael.

This entry was posted on Sunday, August 26th, 2018 at 22:06 and is filed under Formula 1. You can follow any responses to this entry through the RSS 2.0 feed. Both comments and pings are currently closed.