Michael and John were the only players to have both all four match winners correct as well as predict two match scores exactly right. After two of four rounds in our game, Michael and John now share first place while only 15 points separate Logan in third and Eva in seventh. 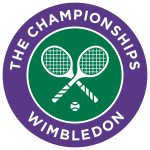