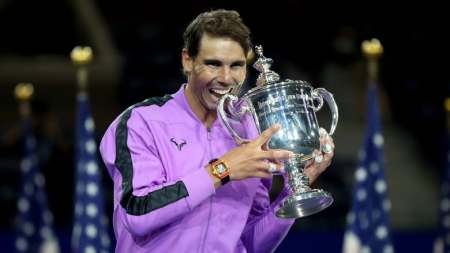 Congratulations to John upon winning his second straight tennis Prediction Challenge and his sixth Prediction Challenge game overall. John’s successful predictions of both the Women’s and Men’s finals led him to victory over our early leader, Wes. Eva won her first prize since the 2018 French Open game.

I hope all players enjoyed this US Open Prediction Challenge! and the chance to match wits with other tennis fans! Thank you for playing! ~ Michael

This entry was posted on Monday, September 9th, 2019 at 12:54 and is filed under US Open Tennis. You can follow any responses to this entry through the RSS 2.0 feed. Both comments and pings are currently closed.