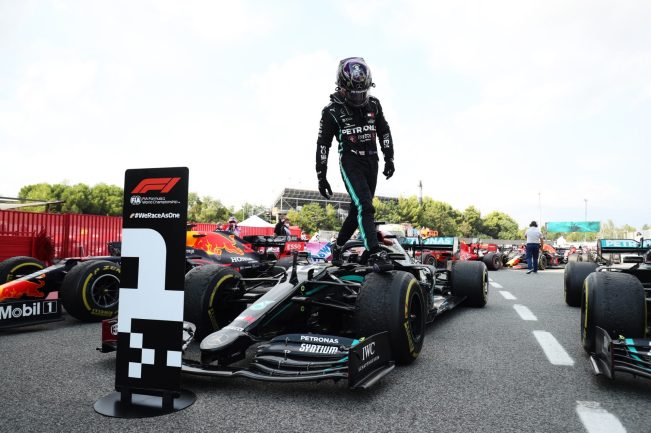 Mercedes’ Lewis Hamilton executed a near-perfect race at the Spanish Grand Prix, leading every lap from pole to record his fifth Spanish Grand Prix win, and his fourth victory of the season, with Red Bull’s Max Verstappen coming home ahead of the sister Mercedes of Valtteri Bottas.

Ian’s top score of 161 (missing out only on Pierre Gasly topping the retiring Charles Leclerc) has moved him into first place ahead of Wes after the 6th round of our game. Danielle’s 149 points move her into the prize spots. 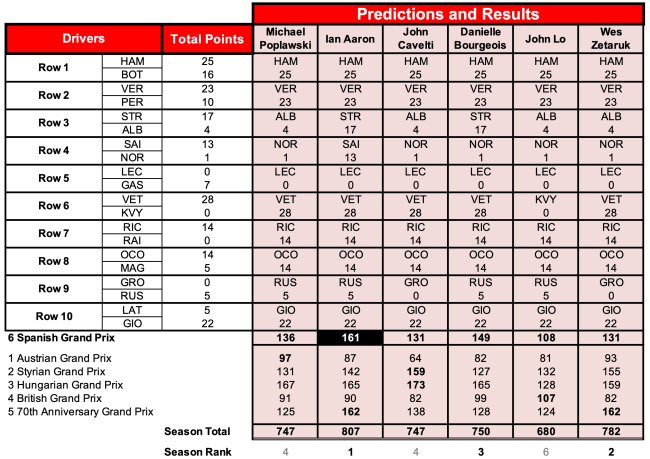 This entry was posted on Sunday, August 16th, 2020 at 22:09 and is filed under Formula 1. You can follow any responses to this entry through the RSS 2.0 feed. Both comments and pings are currently closed.